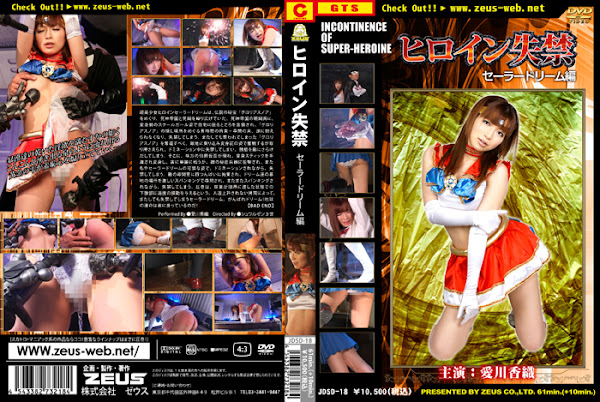 Super beauty heroine Sailor Dream has been fighting a death battle with the Death God Empire over the legendary treasure ”Glorious Noah”. Ambushed by the Death God Empire fighters while at home in her school uniform before transformation， Sailor Dream， constrained and interrogated for the hiding place of Glorious Noah for a long time， finally wets her panty. Glorious Noah， robbed by the Death Empire， must be taken back. Sailor Dream sets out to enemy land， puts up fight in her usual self， but gets captured and pisses miserably again in her pants while being dominated. Then， friendly Masked Count appears and hands her the stick for transformation. Transformed， Sailor Dream fights gallantly， gets shot by a sniper by the enemy weapon and dominated， and pisses again in her cute Sailor Dream costume. Constrained on her hands and knees in the enemy interrogation room， Sailor Dream gets spanked hard for the information on Dream’s base location and wets herself. A never-to-miss sight to see is the scene where Sailor Dream gets her abdomen vibrated severely， with her bladder swollen to the maximum with urine， making her piss. Hang in there， Dream! The Earth’s destiny depends on you! [Bad ending]