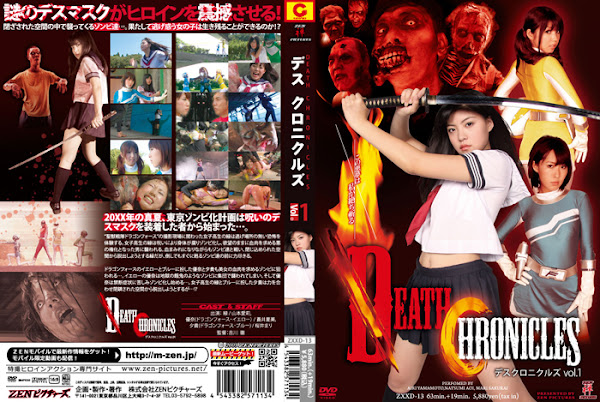 Tokyo Zombie Project is initiated when a man puts on a cursed mask in the mid-summer of 20XX.... Midori is a high school girl working in the production of the show “Saint Beast Squad Dragon Force，” but now she is caught up in a web of terror from which she cannot escape. Midori is attacked by a man turned into a zombie by the curse. His body is filthy and rotten and his evil soul desires only human flesh and blood. Covered in gore and blood， Midori keeps fighting zombies， trying to escape from the building where she is trapped， but the undead soon come back reanimated even after they are beaten， and she falls in the battle in the end. In the meanwhile， two girls Yuna and Yuki are dressed as Yellow and Blue of “Dragon Force，” and blood-thirsty zombies looking for beautiful girl’s flesh fall on them， too.... Yuna in Yellow’s costume is attacked by a horde of flesh-eating zombies and Yuna is slowly turning into a ravenous zombie herself.... The high school girl Midori and Yuki clad in Blue’s costume cooperate with each other to escape from the place where they are locked up， but...!?