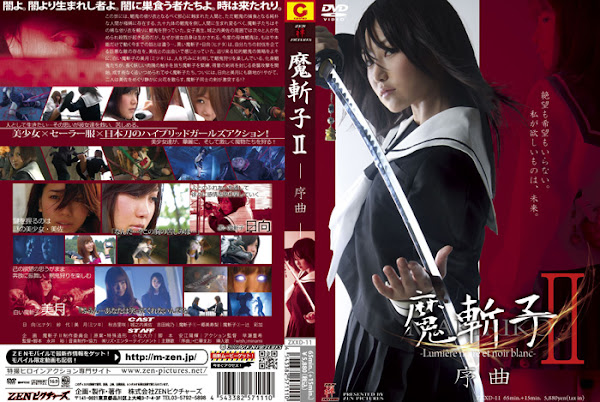 In this world， there are two types of human beings， one with evil minds whom the demons obsess to live on， and the other with naive minds， though rare and few， whom the demons devour as food. The demon slasher girls are hunting those demons with rare baits， so that they may be reborn as humans after felling 99 demons. Co-ed Misa Jonouchi has had people around her slaughtered one after another， while she is saved for some reason. The mother body demon this time is different from earlier ones who acted upon their instincts only... Hinata， the black demon slasher， has sensed through her encounter with Misa the existence of a mega enemy plotting to destroy her and the group. Despite the encroaching demons’ plot， white demon slasher Mitsuki enjoys hunting demons down by manipulating people around her. The incarnating demons restrain demon slashers with their long， ugly tentacles and launch upon sneaky attacks to ward off slashers’ tactful sword wielding. The demon slashers are soon cornered until Hinata and Mitsuki find themselves in a fix! The two girls eventually start a silent enmity around Misa. Will they crush each other and spark sword fighting?