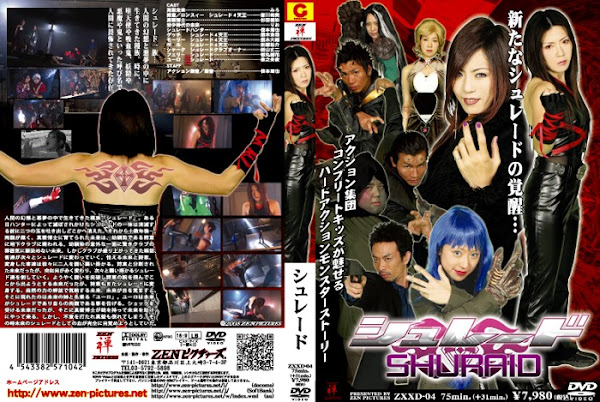 The Schrade was a tribe lived on the space between human’s illusion and nightmare. Once upon a time the Schrade had been about to be terminated by hunters， but one of the Schrade， who had been alomost extinguished， had expelled two mysterious balls and had disappeared somewhere. 10 years later since then... Mirai， who was a parentless girl and was raised by Dr. Makabe， was asked to come to an underground club by a childhood friend named Utae. Mirai was a little bit surprised at hidden aspect of the childhood friend， and she had a hard time to get used to the atmospheres of the club. However， right after club visitors were becoming so high tension， they transformed themselves into the Schrade one after another. Mirai and Utae were so scared about it. And those transformed visitors began to surround Mirai and Utae gradually and started to attack them. Mirai was separated from Utae， but Mirai’s eyes suddenly changed into red color and she was able to knock down the Schrade attacking her one after another. At last she could break out their enclosure， and she tried to run away from there after she grabbed Utae’s arm. However， also Utae suddenly transformed herself into the Schrade. And Mirai lost consciousness by wasting her maximum power so suddenlly. After Mirai woke up， she could see a girl who gave her name as her elder sister ”Euro”. Then Euro told Mirai that she was actually one of the Schrade and was had a blood relative with Euro. Mirai was so shocked by what Euro said. But there， Dr. Makabe with a gun came to rescue Mirai. However， Dr. Makabe got a surprise attack， and he was knocked down. And then the blood heritage of the Schrade sleeping inside of Mirai was about to awaken perfectly.