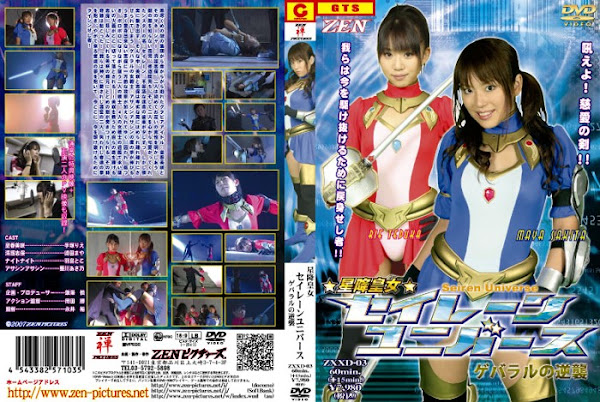 Misaki Kouka， a cover girl， and her manager Shiho Seigo have escaped by the skin of their teeth from a shadowy group dressed all in black. The two women disclose each other’s real identity for the first time; they are orphans who don’t know the faces of their parents， they were brought up in a convent， Siren is the name of the sister who loved them with warmth... And the wheel of strange destiny starts to move on little by little but steadily. In the meantime， Misaki and Shiho get separated falling for a dirty trick. And they fall into the clutches of ” Assassin Assassin ” ， a female fighter of Guevararu. She makes a one-sided attack on Shino who is having trouble in transforming herself. But despite being caught， hurt and worn out， the two fighters never stop fighting. There a fierce lengthy battle involving 4 female fighters begins! Shiho devotes her life to rescuing Misaki but Misaki gets held at sword-point to the throat. That’s when a miracle happens! ”Two of us are from the planet much-loved by Gods. We hold dreams of the lost and the upcoming people. We are here to rush through the present!”