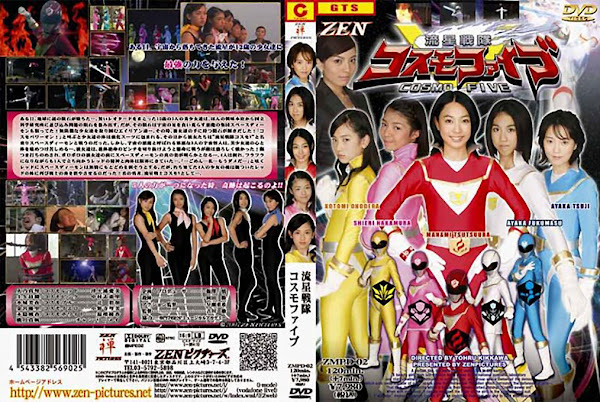 After a strange meteor falls to Earth， five girls sneak into the National Science Laboratory to steal it. Unbeknown to them， Space Demon who messes around in space， was also seeking the meteor. When the girls are surrounded by the aliens， the stone starts to glow and the girls’ bodies turned into special armor suits. Naming themselves ”Meteor Rangers Cosmo V”， they fight against Space Demon. But five evil space monsters， Devils of the Universe， damage and torture the girls physically and mentally. The girls fight back desperately， trying to make it through the battle. But the enemies are too strong to them! To make the matter worse， Space Demon transforms into his real form. Now four of the girls are down. Red， the last one standing， physically and mentally shattered， confronts the enemy. When ruthless Space Demon is about to deliver a final blow， the other four run to save her. Meteor Ranger Cosmo Five get together for the last battle.