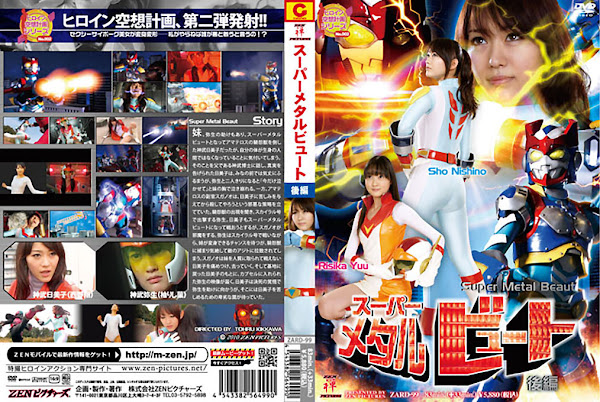 With a help of her sister Yayoi， Himiko Godwarrior could transform into Super Metal Beaut and defeat the gigantic beast of Amareros， but she discovers her body is no longer that of a normal human being. When Himiko tells the doctor what is happening to her body， he reveals the truths to her. She receives the shocking news bravely in front of everyone， but when left alone with Yayoi， she bursts into tears in her bosom and sadly says， “Let me cry for now.” In the meanwhile， Amateros’ vice-commander Suganoo has been hatching a sinister plot. She wants to kill Himiko， but not before inflicting unbearable pain on her. When the gigantic beast appears again， Yayoi sets out to attack riding the Skyral. Himiko also tries to fight， but when transforming into Super Metal Beaut， she is interrupted by Suganoo. Yayoi， fighting the enemy alone in the Skyral， waits for Himiko’s transformation， but Yayoi is caught and knocked out by the gigantic beast， and is taken to the enemy hideout. Suganoo also leaves after beating up Himiko， who is unable to fight back as her sister is taken hostage. When Himiko returns to the base， she receives a message from Amateros， showing her captured sister in a capsule. Himiko sets out to rescue Yayoi no matter what it takes， but a nasty trap awaits the courageous heroine. [HAPPY END]