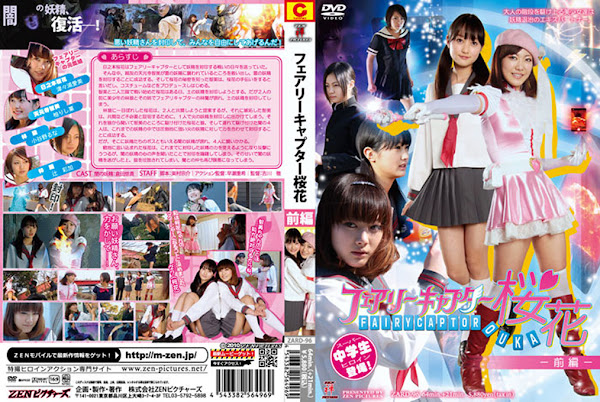 Ouka Hinomoto(means cherry blossoms under rising sun) as a fairy capture has spent her days in order to fight and seal fairies. During such her days， Ouka accidentally sees that her best friend， Tomoni Tengenji， is attacked by a thunder fairy， and Ouka rescues her and succeeds in sealing the thunder fairy. But now， her best friend， Tomomi knows a secret of Ouka and asks her to be her helper. And at Tomomi’s own discretion she starts producing the costumes and so on. Then for lack of an alternative， Ouka starts fighting together with Tomoni. One day two girls fight against a soil fairy and are about to seal it. But in front of two girls， a handsome young boy named Linlow and his older sister named Linlang appear， and instead of two girls， they steal the soil fairy. Ouka falls in love with Linlow at first sight， and she proposes that she wants to fight together with Linlow and Linlan as well. But Tomoni gets jealous over it and in order to prove that there is no necessary to fight together with them， Tomoni goes to seal a fire fairy by herself. Ouka hears it from Linlow， and Ouka and Linlow rush to where Tomomi is， and behind time Linlan also rushes to where they’re. The fire fairy is overwhelmingly stronger than other fairies， but four fighters combine their forces and succeed in sealing the fire fairy. However， suddenly a dark fairy considered as a boss of the fairies appears and attacks them. Ouka is driven into a deadly corner， but now she is capable to start utilizing power of fairies which she used to seal before; and she fights back. However， after she hears heart’s voice of the dark fairy， she hesitates sealing it. Owing to it， the dark fairy gets away， and in addition to that Linlow is taken away. And a relationship between Ouka and Linlang takes on an ugly look again.