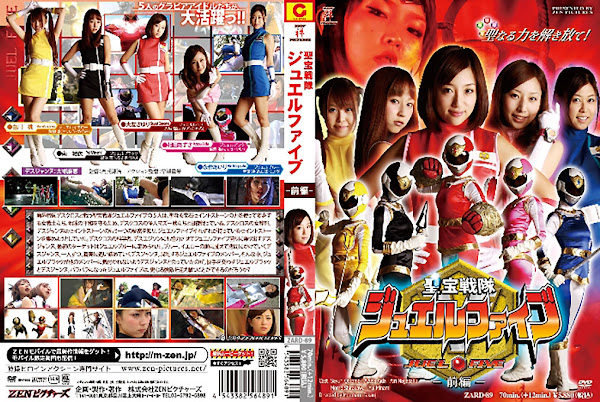 The Jewel Five of Sacred Treasure Rangers， fighting the Death Cross devildom empire， is a group of women warriors who transform themselves with the power of the sacred jewel Saint Stone. They fight day and night the Death Cross’s specters， Mazoo Beasts， to protect peace on earth. Death Jeanne， the woman cadre of Death Cross， learning a secret of the Saint Stones， sets out to collect the stones possessed by each of the Jewel Five. She mobilizes Death Edison， a scientist of Death Cross， in her endeavor. Her first target is set on Jewel Blue， with the next on Yellow， whom she captures and puts to torture one by one. Members of Jewel Five are in confusion. Meanwhile， Jewel Black secretly meets with Death Jeanne， without letting other members know. Jewel Black shakes hands with Death Jeanne. Jewel Five now in disarray， will they be able to confront further attacks?