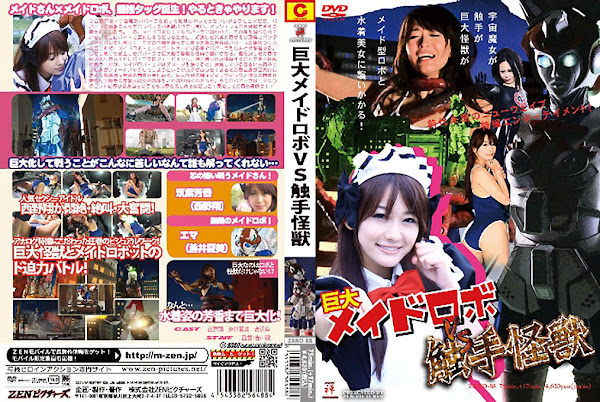 Angela and Emma， cosmic criminals， have come to the earth， chasing after a cosmic witch Barbara. Barbara tricks them， disbands the two and kills Angela miserably. Emma the Maid Robo is captured by Barbara who searches her body from top to toe. Houka Chikushi， who happens to pass by while making a short cut to hurry for her side work， bumps into them. Houka helps the Maid Robo out of her pinch and invites attacks from the cosmic witch. Tied up with Maid Robo， Houka fights off the cosmic witch， who， however， is so angered as to send the Tentacle Monster to revenge. Houka， slipping into the giant Maid Robo and driving it， battles with Tentacle Monster. But she has the risk of being hurt as the robot gets damaged， as if Houka herself has grown her body gigantic. The monstrous tentacles strangle her body as the poisonous venom hurts her. Moreover， the cosmic witch now sneaks into the driving chamber and torments Houka. How will Houka get away from the fix...!?