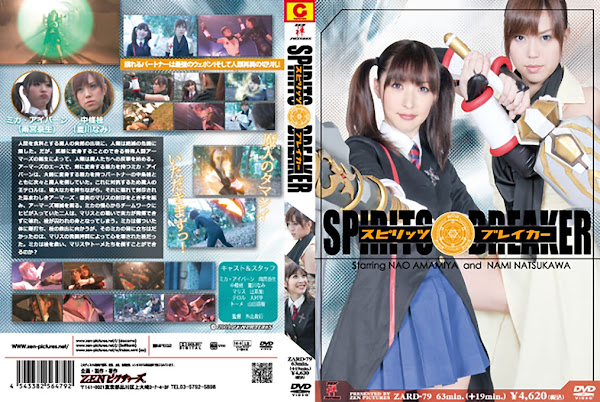 Suddenly evil men eat human being appears， and mankind is driven into the danger of extinction. However， the special human called the Armors who have abilities to transform themselves into arms are created， and mankind starts to counterattack the evil men. The Armors’ ace named Mika Eyeburn has ability to transform herself into a sword and ties up with her partner named Kei Chujou who has an ability to transform herself into a big reaping hook， and they beats the evil men one after another. In order to fight back against Mika and Kei， the evil men’s king named Terror breaks a seal of a disgusting one of Armors named Malice of the Thunder-Flame who has been sealed because she indulged on herself toward her superior power， and Terror ties up with Malice and plots to terminate the Armors. Due to Mika’s high opinion of herself， a teamwork of Mika and Kei has been cracked， so they cannot give full play to their fighting ability against Malice， and they’re finally beaten and Kei is captured. Wounded as Mika is， she is driving herself as hard as she can， and she heads to rescue Kei; however， a person who is standing against Mika is Kei who is broken her mind with Malice’s brainwashing torture. Well， is it possible for Mika to rescue Kei and beat Malice & Thome and so on?