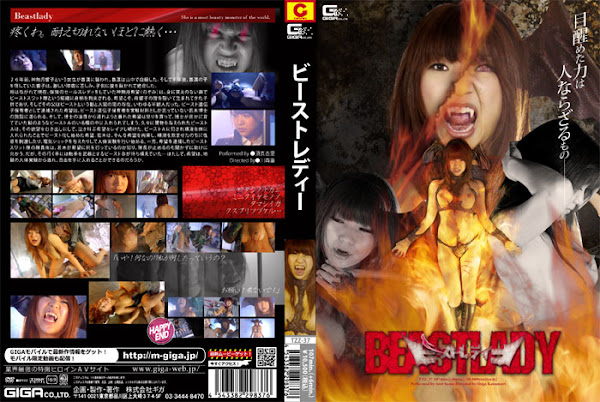 26 years ago， a woman called Kyouko Kannazuki(means echoes around the fall) was attacked by a rowdy， but strangely the rowdy committed suicide in some mountains. And after half a year， Kyouko conceived the rowdy’s child and seriously suffered from the intense labor pains， and finally she had the belly torn by the child， and died. Dropping off at the time， a woman called Nozomi Kannazuki(means hope around the fall) has been living as a saleswoman of insurance. However， one day she is accused for a crime which she doesn’t have any clues， and she is restrained by an organization called the Beast-Swat Unit. Actually Nozomi is a child that torn the belly of her mother， Kyouko and came into the world， and her father wasn’t just a rowdy， he’s an existence between a dangerous species called the Beast and human beings―what is called half-brute people. The fact of the matter is Nozomi is arrested as the Beast gene holder， and she is sent to a facility of Dr. Wakagi who regards the Beast gene holder only as his experimental materials. And Dr. Wakagi is about to surrender Nozomi. So in order to escape from it， she behaves so violently， but it incurs his anger. She is put into a cage where the Beast-A， a real dangerous species which the doctor has been breeding secretly is present. The Beast-A is given a game after a long time， so it exposes the deadly desire and continues raping Nozomi who continues screaming. And surprisingly Nozomi also starts turning into the Beast because she is disgraced by the Beast-A and its semen is put into her body. Dr. Wakagi restrains such Nozomi， and after he makes her swallow some semen， he stimulates her sexual feeling and gives her some electroshock， and he begins to conduct a human body experiment. On the other hand， a member of the Beast-Swat Unit named Minami who arrested Nozomi gets to know what an evil deed Dr. Wakagi is really performing with Nozomi， and decides to go to help her without hearing that the captain stops. But the Beast-B which utilizes tentacles as arms is being prepared at the way... Well， is it possible for Nozomi to escape from the infernal human body experiment and to get back freedom in her hands? [HAPPY END]