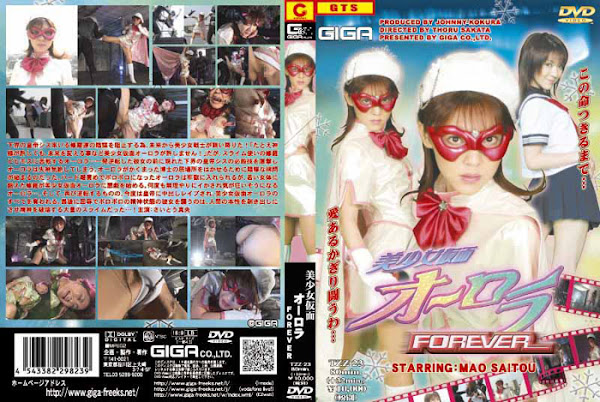 In order to stop a conspiracy of ogres and demons commanded by this world emperor Sis， one lovely girl warrior was coming down to the earth from the future! ”Even God is admitting their deed， the Masked Lovely Girl Aurora will never forgive that they change the future!” However， she had a really hard time to fight against Behemoth who handled slimes...and once she looked winning the fight after defeat seemed certain. For all that， the world emperor Sis appeared in front of her. Then she was attacked his trick of deadly blow directly and fallen into a swoon. And he put her into some tortures to confess a location of a learned man who gave her a shelter. After she was whipped so hard and torn into pieces， she was put in prison. And also some starving ogres and demons began teasing her young fresh body. The Aurora almost got mad by pumping and coming so many times against her will... And again she looked winning the fight after miserable death seemed certain. But this time she was disgraced and shot nasty cum by the world emperor Sis. And he stripped everything the Aurora had. At last the aurora whose mentality was almost destroyed by so much disgrace was attacked by mass amount of slimes that were supposed to expose true nature of humanity and demolish last stronghold of mentality...!