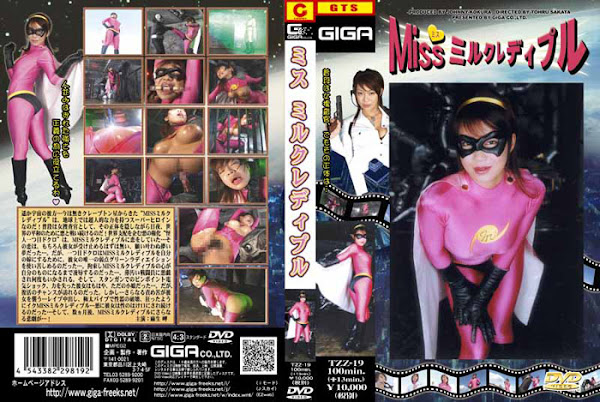 Miss Milk Lady Pull was the super heroine who came from the Crepeton， which had existed far away in the outer space. She had superhuman power on the earth. She continued to fight against the evil for the peace of the world as a female investigator day and night with hiding her identity. Dokuro， the One-Eyed Monster， which was the essence of the evil planning to conquer the world， was falling in love with Miss Milk Lady Pull. Of course， she would not receive such a love. It was a hopeless and empty dream.But to make her his bride， One-Eyed Dokuro afflicted her with her only weak point， Green Radiation. He captured and humiliated her until her heart would be his. She was also played with dirty fighters and made come repeatedly. Then she received pin-point electrical shock by stun-gun. She lost the power and became an ordinary girl. But there came the chance of reawakening. However， she was attacked by more and more torments. Disgrace， internal cum shot， destruction of the sex organ with extra-thick vibration. Miss Milk Lady Pull was coming like mad. She became the outlet of sexual desire by the evil. Then several months after that， another tragic circumstance attacked her.