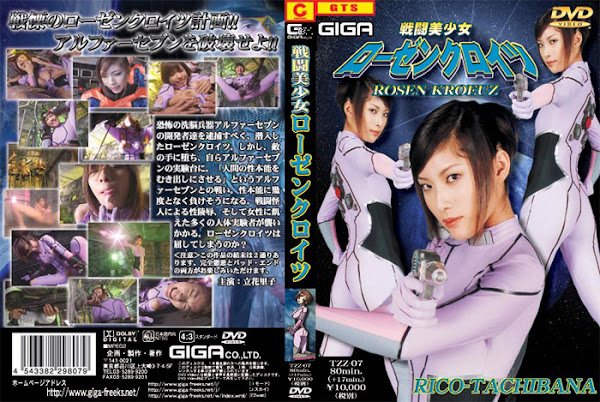 To arrest the developers of the terrible brainwashing weapon， α-7， Rosencreutz infiltrates their base. But she is caught and becomes their guinea pig. She fights with α-7 which “exposes human sex instinct.” Several times she is almost beaten by her sex instinct. A fighting monster disgraces her and many human guinea pigs starving for women attack her. Will Rosencreutz give in? This movie has two endings. You can enjoy both a moralistic ending and a bad ending.