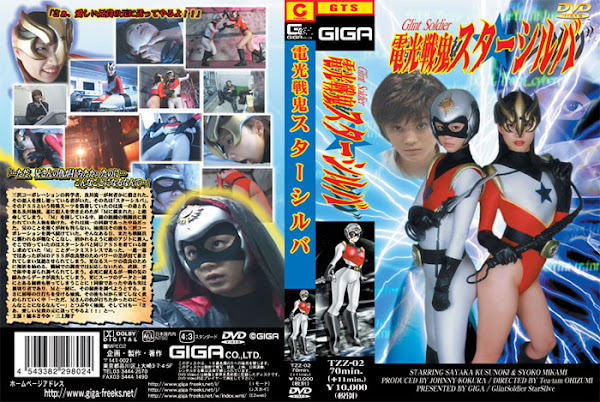 Ryuichi Oikawa， scientist working for Misawa Corporation， has been murdered by someone. Star Silver has been eagerly searching the murderer. Star Silver’s special suits is made from PSS and worn by Yuzuru Oikawa， Ryuichi’s brother. He successfully finds out the murderer but can only here the murderer say that M asked me to do that as the murderer dies. While Yuzuru searches M， he helps a person who is hiding from a militant from a secret organization. This person is Yuzuru’s college， Nakajima， but he does not know anything about Yuzuru’s brother’s death. He continues his investigation about Misawa Corporation. One day， Yuzuru sneaks into the hideout of an enemy， easily getting down militants. Dark Mistress， aka M， is awaiting for him there; she is also wearing PSS suit. They start to fight and their strength appear to be equal in the beginning， but she knocks him out because of her PSS that has been enhanced. She then engages with analysis of his suit. As mechanical analysis does not work， she manually touches all over the body. Although he is determined to keep the secret， she takes away the important data when he looses his focus. Along with the data of the suit， another secret is to be stolen. Meanwhile， Nakajima betrays the Corporation and cooperates with M in the search of the secret. They inflict tortures to Yuzuru. M relentlessly continues tortures and Yuzuru says to himself， ”I didn’t expect to deserve this. I just wanted to take revenge for my brother.” And M says to him， ”You’ll go to your beloved brother in no time!”