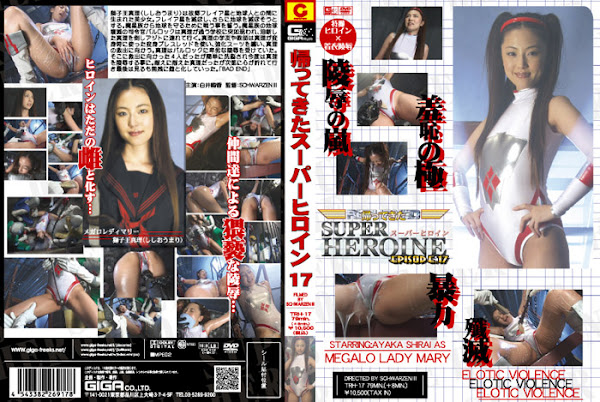 Lion King Mari is a pretty girl born between the couple of an earthling and a dweller of the Planet Freyor where she calls home. She pledges to protect the Earth from the Wicked Star tribe that is trying to destroy both the Planet Freyor and the earth. Barlock， the commander of the Earth Demolition troop of the Wicked Star tribe， presents himself one day at the school where Mari commutes and abducts her in a surprise attack. Armed with the transformation bracelet Mari used to transform herself and clad in the reinforced suit， Mari’s school mates and her teacher set out to rescue her. Mari is now subjected to mean maltreatments by Barlock. The four jump in to save her from the predicament， but alas they all fall easily to brainwashing. They end up joining and screwing Mari. Mari perseveres and endures the disgrace gallantly but finally succumbs to the carnal cravings. 「BAD ENDING」