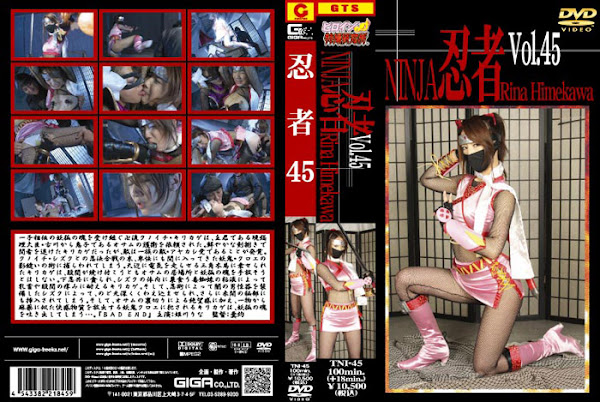 Kirikage was a Japanese Swastika Style female Ninja who was succeeding to a spirit of the mysterious fox art that was handed down from the father to only one of his descendants. One day she was requested to protect Osamu who was a son of her master the present Prime Minister named Frukawa. While Kirikage was repelling the enemy’s ninjas with her elegant swordplay， she found out that the enemy was her clan’s long-standing enemy named the Ayakashi clique. After the battle against their female ninja Shizuku， cowardly their mysterious evil Kuroe attacked her with the Shadow-Sewing technique and succeeded in capturing her. Kirikage was forced to sit on a triangle shaped horse which was capable of flowing electricity on the top of that and as a result she was burned her crotch. However she never confessed where Osamu was staying and also never gave up a soul of the mysterious fox. But she was craved by lower class ninjas and had to bear itching sensation of nipples and crotch with viscous liquid of a poison spider which was nesting inside body of Shizuku. And she was forced to swallow a dark sexual pole which was equipped by Shizuku’s ninja technique， and it was buried into deep down her throat and also it was inserted into her virgin vagina. Beside that unfortunately， she was mentally knocked down by betray of Osamu despairingly， and she was disgraced by the mysterious evil Kuroe who expelled sexual substance like drugs from the sexual pole， and finally she vomited her soul of the mysterious fox... BAD END