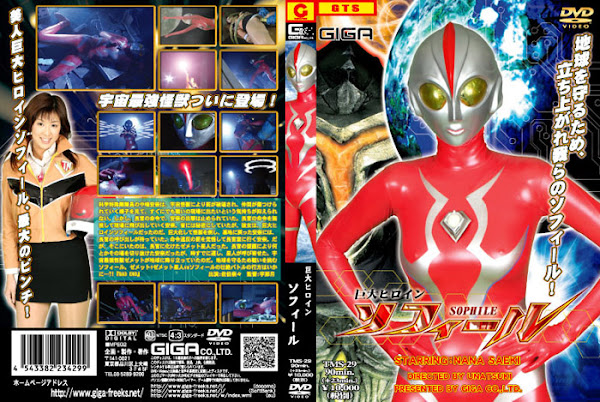 Anna Nakashima， a member of the scientific special operation forces， can’t resist her desire to go into battle as soon as possible at the sight of the cities being destroyed by space monsters and her fellows being injured. She is kept from making a sally under orders from her senior officer. However， Anna rushes out into battlefront ignoring his order. She is in fact Gigantic Heroine ”Sofil” although she has been keeping it secret. Having been back in the base after growing enormous and beating up monsters， she gets a summons from her senior officer. She goes to his office preparing for punishment for violation of order. However， in the room is a Zemet alien disguising himself as the officer. Anna manages to go through the situation with support from the senior officer but it is too late; the space’s strongest monster Zemet has already swooped down on the earth. Sofil challenges a fight to save the earth. What will become of the fierce battle of Zemet plus Zemet aliens vs. Sofil? Bad ending is anticipated.