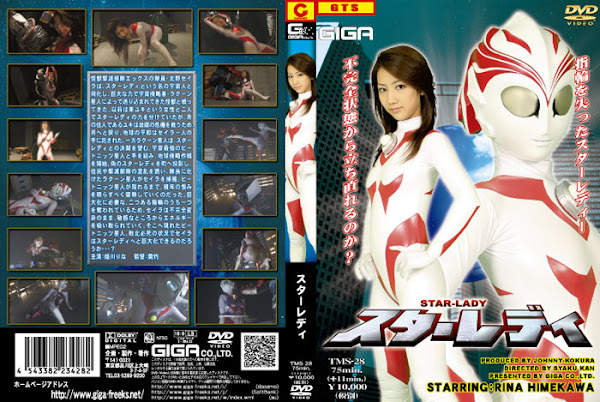 Sarah Kitano， a member of Monster Annihilating Troops X， has unified with a creature from outer space called Star Lady and been fighting against a monster that has been sent by Laocoon alien， a powerful invader of the universe. There was another lady called Yuki Azuma who worked with Sarah to fight， sharing the power of Star Lady. But， now Sara is fighting solo on for the peace of the earth because Yuki has gone to the moon in order to save her mother land from its crisis， the moon. Meanwhile， Laocoon alien launches Earth Invasion Plan， teaming up with Beatnitts the strongest alien in the universe to defeat Star Lady. Projecting a mimic Star Lady in the city， Laocoon alien caused confusion among residents and Troopers， and gets Sarah by disguising himself as a Trooper. Then， with a longstanding grudges， he tortures her before Beatnitts shows up. Sarah is unable to fully transform into a giant form because one of the two rings for transformation was ripped off by them; she keeps loosing energy from the most sensitive part. Now Beatnitts shows up! Will Sarah be able to transform into a giant form in this harshest situation?