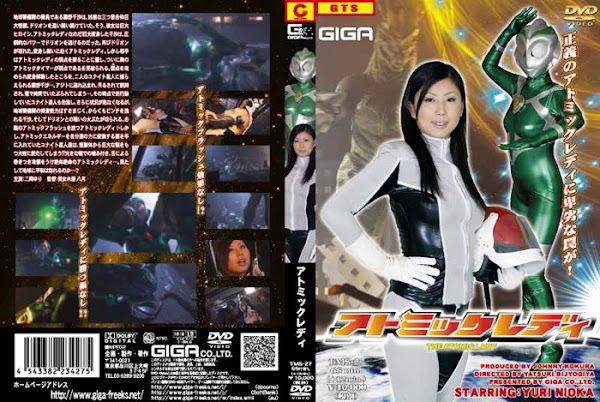 Chisa Fujino， a member of the earth protection forces， was fighting for Dorion， a three -headed big evil monster. Yes， she is a huge heroine， Atomic Lady! Chisa， now who has transformed herself to become huge， sweeps away Dorion with a tremendous power. Now Dorion shows up again. Atomic Lady transforms herself and goes for fighting. However， the opponent pursue the job of searching for the weak points of Atomic Lady， and at last her weak point， the atomic timer on the chest， is discovered. Chisa Fujino is captured by two Unitians when her weak points are attacked and her transformation is undone… She is taken into their hideout， hung and tortured， and tortured with an electric massager… At that point， Unitians， who are in other places， come to the scene， and the situation becomes worse. However， the searching ability of the earth protection forces are devastating， and Chisa barely escapes from the pinch. And the battle with Dorion starts again. Atomic Lady emits the special Atomic Flash! However， the Unitians， who has got the medicine to change the atomic energy into their power， transforms themselves from a beast into a big snake which has a huge chin!? Atomic Lady is in a severe pinch after she gets the bite with the big jaws， binding with the tongue… Can the peace falls upon on earth…?