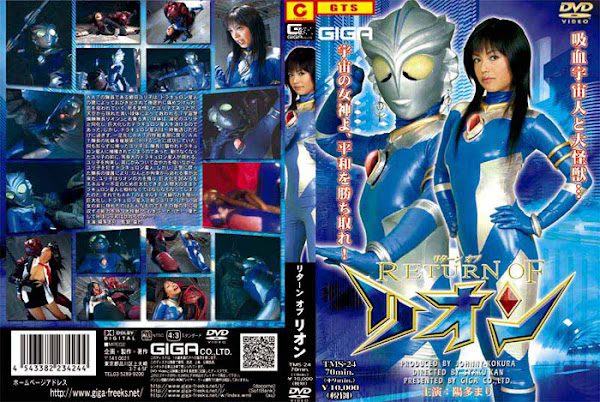 Yuriko Goda， a member of AAT， is allured by the trap of Draculons and hurt drastically and her blood is sucked. Yuriko， conscious of her death， is saved by a blue bowl falling from the sky. “Space Police Leader Leon” the bowl says， and assimilates the faint Yuriko， sweeping away the enlarged Draculon. But the Drabulon was just temporarily retreated， and succeeded in making Sato， the leader of AAT， in hypnosis. Yuriko， not knowing anything， goes back home and is attacked by the leader and captured by the Draculons. In front of Yurko who can not move now， a life size Draculon appears. The Draculon holds Yuriko， bites her shoulder， sucking her blood and strength， and disgraces her. However， by the support of the leader who has become normal， she barely could escape from the imprisonment. Borrowing the power of Leon， Yuriko tries to enlarge herself， but because of the lack of energy， she cannot do that， and gets into the fight with the life-size Draculon. Even so， Yuriko uses the light of AAT’s energy， enlarges her， and fights the Draculon. But before her now comes the big monster， Bem Killer， whose belly has the power to absorb everything… Can the earth have a peace…?