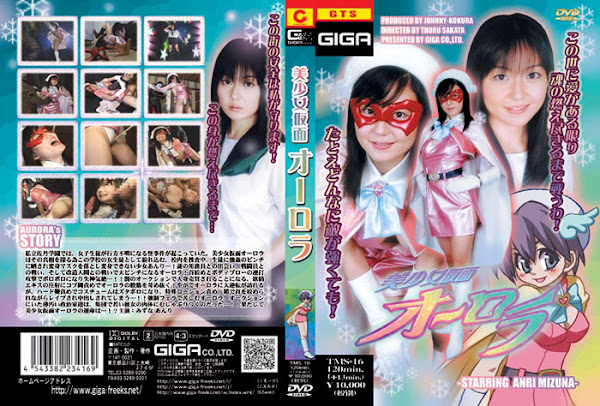 At Satami Private School， female students have been mysteriously disappearing without any trace. Masked Beauty Aurora goes into the school as a student for undercover investigation to find out the truth of this incident. During the investigative work on campus， Aurora， played by Anri Mizuna， nearly gets sexually assaulted by other students， and then looses her mask as a disguise， because of which she cannot transform herself from a regular school girl. After a meeting a mysterious janitor and a battle with combatants， she fights against an android but gets into a tight spot! A series of choking and body blow severely damaged her and she faints away! And she is to be sold at the underground auction. She gets an essence shot of arousing and tortured by a rope with knots scrubbing her crack! While Aurora turns things around later， she receives a hard whip slitting up her costume， special lotion on her body， and then gets disgraced with an iron chain choking her neck! She is forced to give a blow job， which makes her in agony. The dirty politicians who participated at auction fondle her youthful body all at once... What’s going to happen to Masked Beauty Aurora?