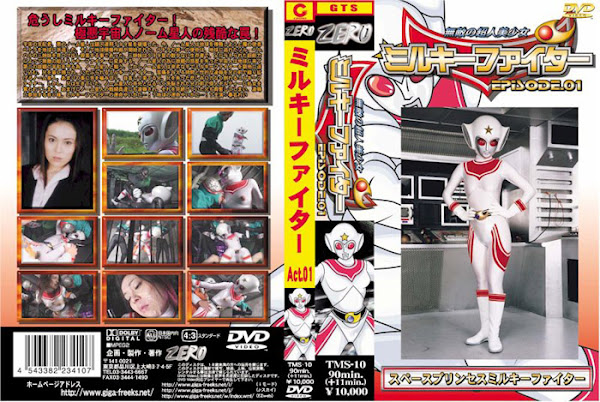 The evil aliens ”Norm”， the rulers of the universe， have destroyed S99 galaxy. Norm now sends a devil’s messenger Vetra to the earth to invade it. And earth invasion operations begin. The primary mission imposed on Vetra is to spot and kill the three sisters， Sol， Bel and Hal， who has escaped to the earth. The sisters are a few survivors of S99 and transform themselves into unbeatable superwomen ”Milky Fighters” given supernatural powers by their father. Those beings from outer space， who have lost home planet to Norm， fight against them to protect the earth， their second home planet. However， Norm aliens play a dirty trick on Milky Fighters to drive them into the corner. Their brother being used as a shield， Milky Fighters are roughed up. Norm aliens engage themselves in painful torture and sexual shaming on the sisters in the presence of their brother. He is so shocked that he kills himself biting off his tongue. Milky Fighters go sprawling in sorrows over the death of their brother. But he turns out to be alive. In front of him， who has been brainwashed to become a pawn of Norm， Milky Fighters are robbed of their virginity by a monster Guilty. They are also disgraced by combatants of Norm. Having continued to watch all these， his brother gets the horn and finally joins in the disgrace. What will be the destiny of Milky Fighters...!? And what will be the fate of the earth...!?