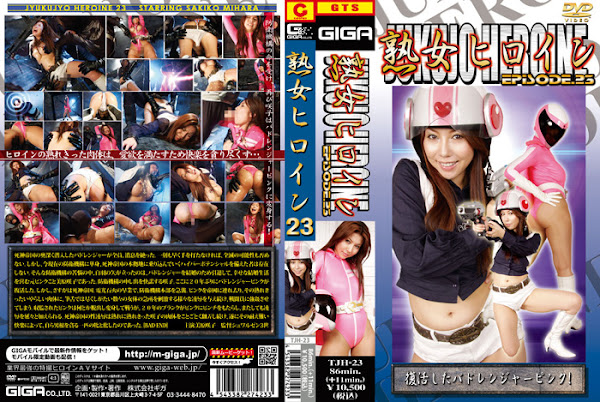 The Badranger agents have entered deep into the territory of Death Empire， but the Headquarter of Defense Organization has lost communication with all of them. Something must be done immediately; otherwise， they might be all exterminated. However， no one is available at HQ， who has enough hyper-potential energy to infiltrate the lair of Death Empire. So the Defense Organization decides to re-enlist former Badranger Pink， Sakiko Mihara， a retired female agent who is now happily married. Sakiko is quick to accept the new mission from the Defense Organization and after twenty years’ hiatus Badranger Pink is back on the front line. However， Death Empire is a force to be reckoned with. The Empire suddenly attacks Headquarter of Defense Organization and captures Badranger Pink. The imprisoned Pink is subjected to a variety of unspeakable punishments and disgraces. The pleasure zones of her mature， erotic body are stimulated and she is disgraced by a combatant. Pink then escapes from the prison and transforms to fight， but twenty years is too long a period for her. Soon she is cornered again and Sakiko with her ripe body of a mature woman has to suffer Death Empire’s endless sex disgraces. In the end the enemy’s irresistible pleasure tortures turn her into a horny bitch devouring cocks. [BAD END]