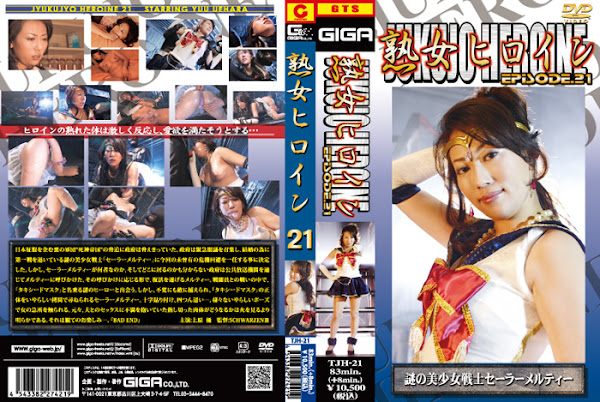 The Government is frightened at a threat of an evil army named ”The Death-Empire” that is plotting to conquer Japan. The Government convenes an agent Cabinet meeting， and they decide to leave this time’s unprecedented crisis evasion entirely to one mysterious lovely girl warrior named ”The Sailor-Melty” who has been away from a front-line because of her marriage. However， the Government doesn’t know who the Sailor-Melty is and where she is now， so they call her through public broadcasting institutions. And the Melty finally responds their call， and she makes her revival. While she is fighting against the enemy’s combatants， she meets a mysterious hero named himself as ”The Tuxedo-Mask.” But unfortunately the Sailor-Melty is captured by the enemy， and she is questioned the true character of ”The Tuxedo-Mask” with indecent torture. The cross-shaped bondage， and also be posed on her hands and knees... And she is touched woman’s weak spots while she’s forced to pose in many varieties of indecent ways. But actually， she has been holding unhappy feeling with her husband’s sex， so how her totally ripen body is going to be is as clear as daylight. So please check out and enjoy seeing what it’s going to happen to her... [BAD END]