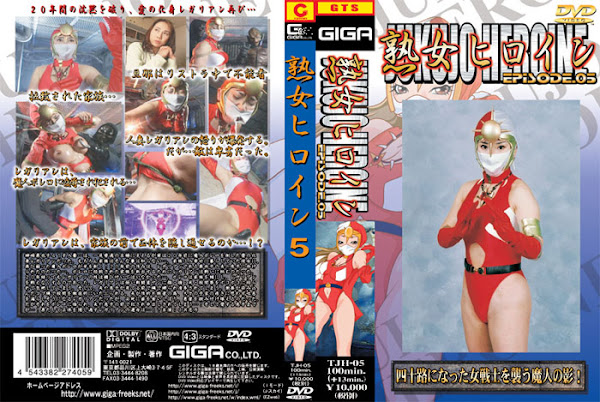 Miyako Shinzaki was a forty-one years old married woman...At first glance she just looked like an ordinarily housewife， but actually she was the love incarnate heroine named the Regalian who destroyed the Evil-Man Bolero twenty years ago. Of course her family didn’t know anything about it... And three of all her family were living so happily. However the Bolero who rose from dead was about to attack her again! At first his twenty years’ grudge pointed at the Regalian Miyako’s husband and son... Then the Bolero kidnapped them from her. So the Regalian was forced to challenge the fight against the Bolero in order to rescue her family. But even if twenty years passed since she had been the Regalian last time， her skills were still so good... However， sneaky the Bolero used her family as a shield and tried to seize her combat ability. As a result only one weak combatant named Yang beat shit out the Regalian， especially her face， belly， butt， and crotch harshly， and he seriously knocked her senseless. In addition to that in front of her husband and son， she was bound with ropes and going to be surrendered. She was fully teased her crotch with a rope of many continuous knots， which were coated with a powerful medicine all over. Actually her husband was an impotent person.So she was almost moaned and leaked some pleasure feelings with her uterine ecstasy after a long time. But she clenched her teeth desperately and stirred at evil guys with some anger. However the Bolero noticed her true nasty feelings inside of her. And he disgraced her and came inside of her wet muff in the right front of her husband and son...! Well， how would her life turn out while she kept hiding her true character as the Regalian...!?