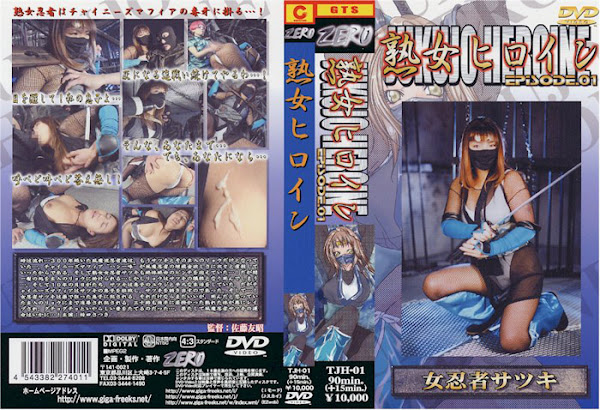 Time passed… In Huma Ninjas， which has lasted more than 300 years， there is only Satsuki and her husband， Ryo… Because Chinese Mafia “Hang Ring” slaughtered one after another of the members seeking the treasure money of Huma Ninjas. And a matured female ninja Satsuki also is in a serious pinch…! However， in a hair’s breadth her husband Ryo helps her… However， Ryo dies at the sacrifice of her… 10 years have passed， and Satsuki leads an ordinary life with her son， Yuji. However， Chinise Mafia abducts the son of Satsuki， and lures Satsuki. And…! The female ninja Satsuki is violated by her medicine-crazed son. Things could be worse， but she is disgraced by her husband Ryo， who she has thought dead. The matured body of late thirties is disgraced by evils and makes a incestuous noise， Gucho gucho…How would Huma Ninja Satsuki be…! Starring; Satsuki Mochida