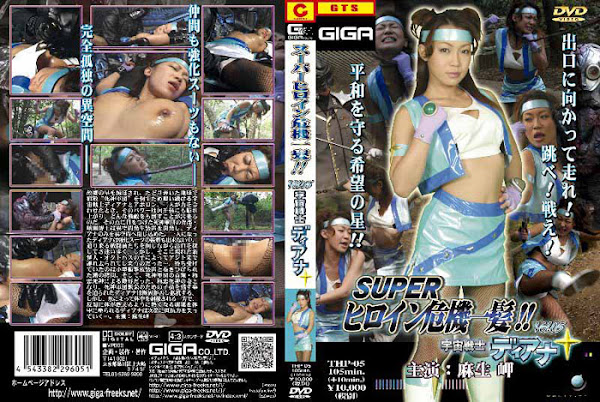 Diana and Apollon were the space warrior. They had been fighting to defeat the ”Death Corps” on the Earth where they had arrived after their planet had been destroyed. When they worked together in perfect accord， their power expanded by thousand times so that they could defeat even the strongest enemy. Nothing that， Dr. Ankoku， the leading member of the Death Corps， had developed the different-dimension-occurence equipment and made only Diana shut in the differnt dimension. Left alone in the different dimension， Diana had wandered from place to place with fighting the combatants without the power-strengthning suit. However， the new monster Octopus had appeared and taken her awary to their hideout. There had waited the small shock wave equipment， the torturing by the chain and the disgrace by the wicked boss of the Death Corps. Though pressed to become the wife of the boss and to have the child for the prosperity of the Death Corps， she had denied it firmly. However， stimulated by ice and applied with the aphrodisiac which made the body hot， Diana began to lose the poer to resist.