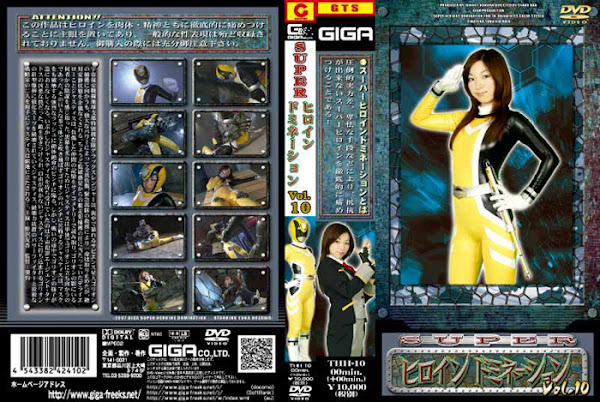 Delux Ranger， The Special Investigation Team of the Earth Branch of Space Preserving Organization， went to capture Gorion， the people of the Sapience who got riotous in the town. But due to its strong power， all the rangers got hurt. Though they were saved from death thanks to the help of emergency team， they were compelled to lie quietly. Justice， the Dela Yellow， who had the mission to capture a runaway from the prison planet， read the memory of his collegue who got hurt by psychometry and felt the conspiracy of someone who was behind Gorion. Justice decided to stand face to face with the enemy by herself to find the backstage manipulator. Justice fought against heavy odds due to the hard punch of Gorion with which she was driven away by the body and fell into the hairbreadth danger with the rush whchi might break the mask. Howver during the fight， Gorion suddenly stopped fighting. When she got suspicious， a barbaric trap by space criminal Agent Tanatos was waiting for her. Bound by chain， the strengthening suit of Justice started to get destroyed by the needle bomb of Gorion shot into the unmovable Justice. Justice got in a difficult situation facing the two enemies， the power fighter with destructive power and the artful strategist.