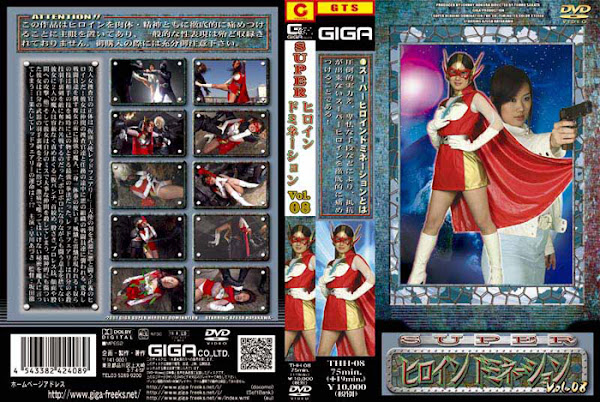 It is ”Masked Angel Red-Fairy”， the beautiful agent...Who is the right heroine beating evils with her wings! While they were in the mission. she and her co-workers were attacked by evil fighters. She transformed and beated them. Then， Fuga and Raiga， who is the strongest monster using two-in-one martial arts， appeared! Their skill was the strongest one which steal opponents’ skills on the spot. Red-Fairy was stolen her special ”feather-star” and so， she had a tough fight. However hard condition she had， she never gave up.Two monster attacked her in various way， giving punches on her stomach， choking her neck， etc. It was then， she killed her friend by mistake. She was driven to despair and got lots of Feather-star all over her body. And she gave secrets away to the monster...! What will happen to Red-Fairy...!?