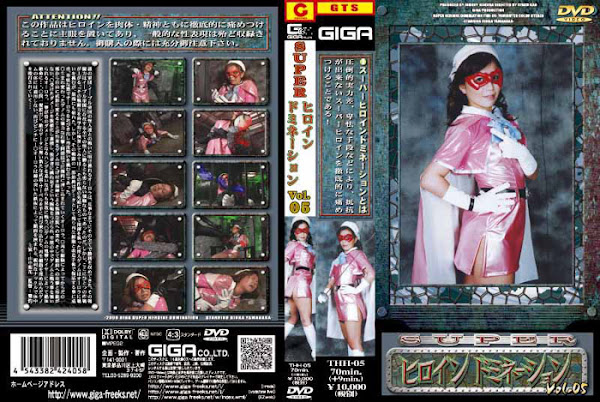 Aurora， who spends her days in fighting against the monsters of an evil organization ”Evil Empire”， has been gaining stunning victories in all the fights. Her fighting power is tough enough to rival or surpass that of the whole monsters in the Empire. Then， a plan is made. ”Why not verify her fighting power in a scientific manner?” Monster Genome who heads the operation challenges Aurora to a fight， which ends up an awful defeat. However， the details of the operation are remained as data and he succeeds in reviving himself by virtue of regenerated cells and remodeling operation. Then he lures Aurora using a dirty trick and provokes a battle once again. - Aurora is rammed down overwhelmingly by the fierce blows and grappling of renewed Genome. - Now that Genome is able to turn parts of his body into weapons freely due to the regenerated cells， he continues to bludgeon her in the stomach and punches in the face without mercy. - Aurora is forced to put on a bracelet， which stores the quantified damage data and bounces it to the person who is wearing it， and to fight against Genome inside the jail. She bravely fights despite having handicap that one blow she receives creates double damage. - Aurora is driven to the wall by Genome’s electric wire. - Aurora manages to escape by the skin of her teeth and starts out again with a saber， a new type of arm that is not contained in the enemy’s data， in her hand. However， it does not have any effect on Genome， whose body is implanted with regenerated cells. She falls in a pinch again. - Aurora is caught in the face between steel sheets with spines and is given blows all over the body with a sharp knuckle.