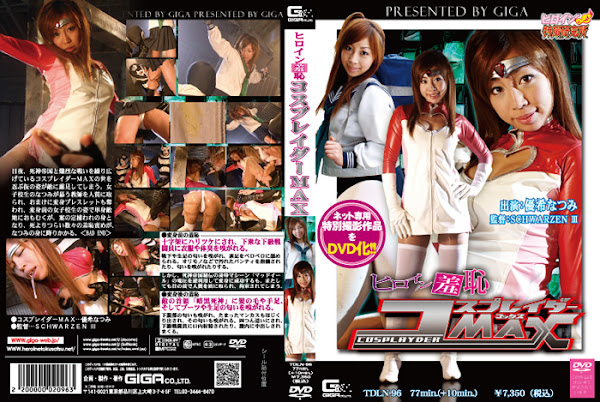 The covered true self of Cosplayder Max， who’s been battling fiercely with the Death God Empire day and night， is now revealed to the enemy. With the co-ed Natsumi’s favored teacher taken as a hostage， and the transformation bracelet robbed， Natsumi sets out alone to the enemy’s base in her pre-transformation self in the co-ed uniform. No wonder， she gets captured and subjected to shameful tortures harder than death. 【Pre-transformation】 Posted on the cross， Natsumi has lowly fighters take a sniff at her clothes and body， who smell her soiled socks and bare feet， lick her legs and relish her panties dirty with her vaginal discharge. But Natsumi takes advantage of the electric charge of the ”Mad Eel”， a fucking machine of the Death God Empire， to turn herself transformed. She again gets arrested in return for a hostage. 【Post-transformation】 The enemy’s boss， Dark Death God， takes sniffs of her hair， limbs， boots， bare feet and cunt. He scrapes off cunt scum and sniffs at it. Down on her fours， Natsume gets the lowly fighters to ejaculate into her mouth， who also spew cum inside her. Bad ending.