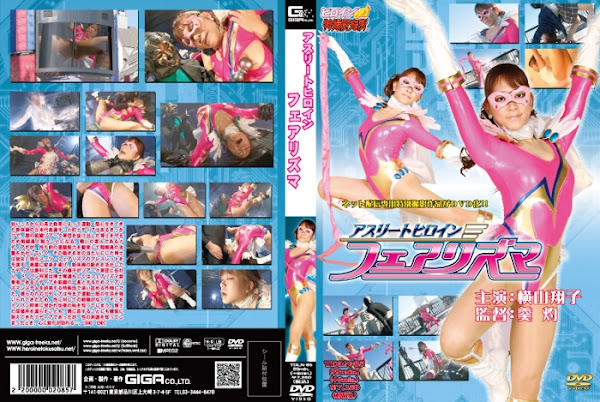 Since a little girl， Nadia Komachi has been trained with a special education for the gifted and living only for athletics in a straight line， and now she is a Japanese representative of rhythmic sportive gymnastics， But one day with some reason she has to fight against combatants to rescue a doctor who has been running away from an evil organization name the Zoark Army. Though Nadia is an amateur for fighting， she fully uses her athletic ability; and she dodges attacks by combatants. The doctor who saw her incredible movement decides to give her a bracelet of a tempered suit called Fairisma. She fabulously transforms herself and makes good use of her ability of rhythmic sportive gymnastics， and she gets victory. But all of her details are reported to the Zoark Army， and the General Donovan starts to operate a mission to either take back the doctor or chase down Fairisma with special babbles which interrupt the system of Fairisma in order to make Nadia who is only obtains Fairisma into one of them. ANd Nadia is captured. Unfortunately she has been living only for athletics in a straight line， so she really has never experienced sexual things; and she is picked that weak points by the General Donovan and she now gets a taste for sexual pleasure. She has been trying to keep a location of the doctor and also enduring against evil’ surrender admirably， but after she fully testes sexual stimulus， her mind is having some change... (BAD END)