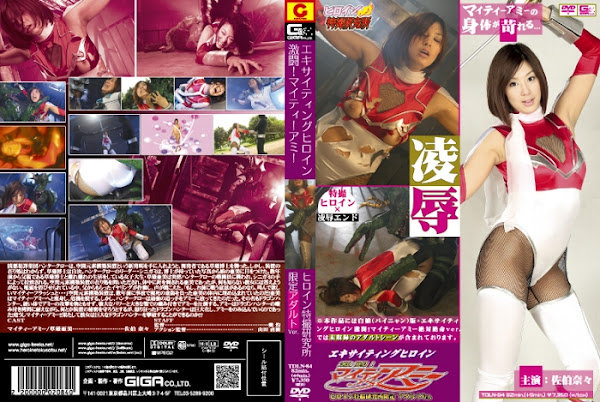 The diabolic crime syndicate Hunter Crow assaulted Dr. Kusanagi， the developer of a new inventive device， Space Element Constructor. Unable to locate the invention， the syndicate allowed the doctor to commit suicide. Nishigami， the leader of the syndicate， spotting a photo carried by the doctor， eyed Ami， the doctor’s daughter. Ami Kusanagi， living alone from her father for some years as a coed， is now abducted by Nishigami’s underlings. Questioned about where the Space Element Constructor is located， Ami get her body pierced with needles all over but is unable to confess because she knows nothing about it. With the torture electricity running through her body， she hears her father’s voice suddenly through the earrings she wears. ”If you have the will to fight back， I want you to shout out ’Mighty Flash’...” The Space Element Constructor has been embedded in her body since she was hospitalized after a serious traffic accident she went through. Ami is now transformed into Mighty Ami. Hunter Crow has sent out a strongman pursuer called Dragon Hunter after her. Bouncing off Ami’s attack with his hard armor， Dragon Hunter overpowers Ami by crunching at her with the powerful gigantic jaw. Ami perseveres the biting tortures and keeps protecting the device’s secret. Angered Dragon Hunter has now turned into a giant and swallows up Ami. Mighty Ami is now in a fix. Will she ever succeed in beating the giant Dragon Hunter!?