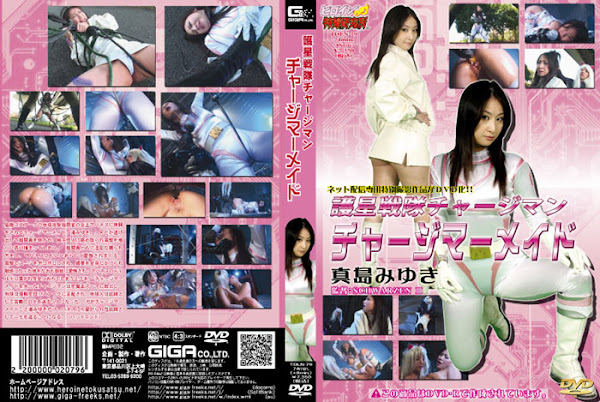 Miyuki Nagisa， the Charge Mermaid， gets tortured by Queen Mahaness， the commanding officer of the earth invader Goz Arc. She succeeds in swerving the fighters and escaping but is knocked out by the electric shocks of the Tentacle Monster. Molested sordidly by the fighters， caressed repulsively by Mahaness， her suit crumbed by electric surges， and sensitized by love potions all over her body which gets caressed persistently， Miyuki is finally sent senseless by Mahaness with her dildo. Chargeman， having lost Charge Mermaid， is beaten by Zooma， the king of Star Devil， and the earth is conquered by invader Goz Arc. The earthlings are subjected to days of hardship as servants. Miyuki Nagisa， the Charge Mermaid， survives as Mahaness’ sex servant for her lifetime. Bad ending.