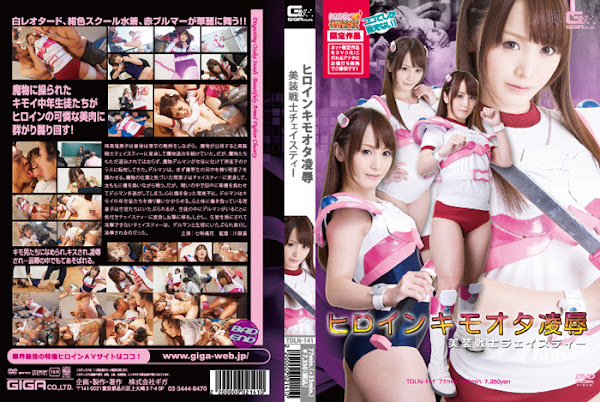 Rieko Kouman (means a wise pussy girl in Japanese sound) is usually a teacher in night school. But when demons appear， she transforms herself into the Beautifully-Decorated Fighter named the Chasety and exterminates the demons all the time. But， demons aren’t only terminated by her. One day， a demon named Delman disguises itself into a student and transfers to Rieko’s class. At first， Delman controls a honor student named Tanaka(means being in a rice field) and makes Tanake attack Rieko. Rieko soon notices it’s a deed of a demon， so she transforms herself into the Chasety， and bravely fights against the demon even if her thigh is being wounded. But the Chasty lets slip Delman in the middle of the battle， meanwhile Tanaka gets serious wounds. After that， Rieko also carries a wound in the heart. Now， Delman controls spooky middle-aged students and makes them attack Rieko. Rieko still carries a wound in the heart， so that she’s easily played by them. But she again notices one of them is Delman， so that she transforms herself into the Chasety and counterattacks Delman. However， Delman shelters behind the students. So the Chasety cannot attack Delman. Now， she is fully played by Delman and the students， and totally beaten and surrendered miserably. [BAD END]