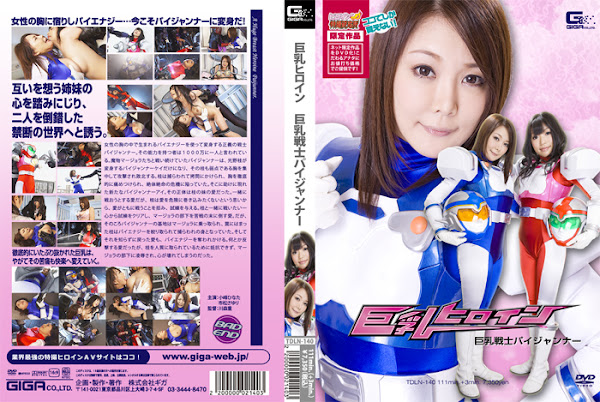 Members of the Piesianer(Pie means tits in Japanese pronunciation) are righteous heroines who transform themselves by using the Pie-Energy produced in the tits. The person with the capability is said to be one in 10 million. Members of the Piesianer have been fighting against a wicked person named Majolor(means here is a witch) and others， but now only one member of the Piesianer is left. She’s Kei Hikarino(means a holy tree on a shining field). Yet she also has a weak point where is also the tits， and she is defeated after she gets attack on the tits in a concentrated manner. Kei is captured， and also tortured by damaging the tits thoroughly， and she falls into crisis. Then， a new member of the Piesianer named the Piesianer-Ai(means love) appears. Actually， her true character is a younger sister of Kei. Ai wishes to fight together with Kei. But Kei doesn’t want to involve Ai in danger， so Kei refuses Ai’s offer and instead of that Kei gives a trial to Ai. Then， out of sheer desire to fight together with Kei， Ai clears the trial and also beats subordinates of Majolor in the end of the hard-fight. But at that time， the base of the Piesianer is captured by Majolor. And Kei， who falls into the trap， is totally captured after the Pie-Energy is squeezed out. Ai is also entrapped after she returns to the base without knowing. And Ai’s Pie-Energy is also taken out. Ai somehow counterattacks， but since Kei is being in hostage， Ai cannot resist. And she is surrendered by Majolor’s subordinates， and her spirit is torn apart miserably. [BAD END]