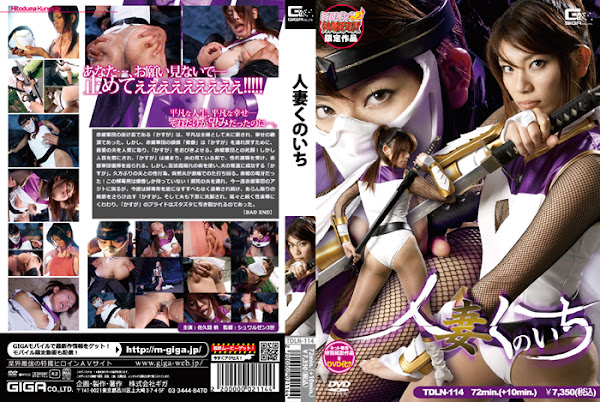 Kasuga is an ordinary housewife living a very happy life with her husband， but she was once a ninja of Red Scorpion Army， who had run away from the clan she belonged to. Now， to apprehend ”Kasuga，” the leader of Red Scorpion Army ”Kaoru Sasori” takes her beloved husband hostage， and lures ”Kasuga” away into a trap. A fierce battle with Red Scorpion Army begins! The enemy uses the hostage as a human shield， however， and she gets caught in the end. She is sexually punishmentd in front of her husband by the enemy ordering her to come back to the Red Scorpion Army. ”Kasuga” uses a secret ninja trick ”Hidden in the Cloud，” and she manages to save her kidnapped husband， and then she makes love with him for the first time in a while. But suddenly he starts to suffer severe pain. It is the venom fang of Red Scorpion Army that is killing him! And Sasori alone has an antidote! With her dying husband ”Kusuga” returns to the clan’s hideout， where she gets humiliated endlessly， and is forced to do very dirty， slutty things. Her husband， now brainwashed by the lower-class ninja， also joins the sex disgraces， and her pride is tattered and torn to pieces. [BAD END]