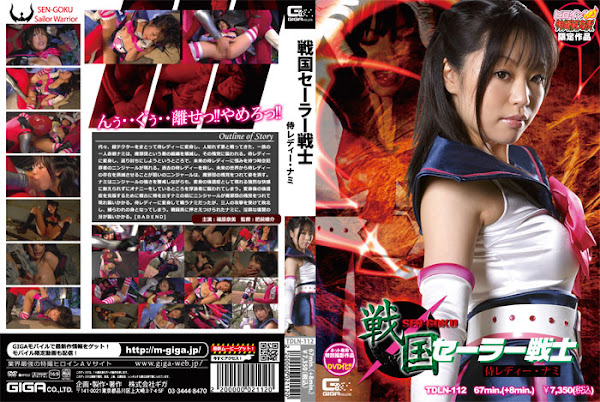 Nami Akase(means waves on red rapids) belongs to the family members who are clothed in Japanese Armor protectors named the Armotecors and disguised themselves as the Samurai-Lady， and fight against evils secretly. Now Nami destroys an evil organization called the Magical-Evil Society， but she is attacked by the remnants. Right before she transforms herself into the Samurai-Lady and tries to kill the ramnants who have been seeking revenge， the foe’s space-time criminal named the Ninjarl， who has a grudge in the Samurai Lady of future， appears in the place. An aim of the Ninjarl is to terminate the past Samurai-Lady and erase existence of the Samurai-Lady from the future world. This time the Ninjarl just goes off with the remnants. Since that Nami starts taking precautions against the Ninjarl. But one day， Nami is mistakenly attacked by a vagrant while she is masturbating， because she has no ability to bear an intense pleasant sensation which appears as a sequela of her transformation. In order to conquer the sequala of her transformation， Nami takes out her energy to exercise for it， but suddenly the Ninjarl appears in front of her along with the remnants of the Magical-Evil Society， and they start attacking her. Though Nami transforms herself into the Samurai-Lady and fights against them， she is attacked by three foes simultaneously， and she is defeated and captured by them. After she is crucified， she falls into the claws of obscene revengers. [BAD END]