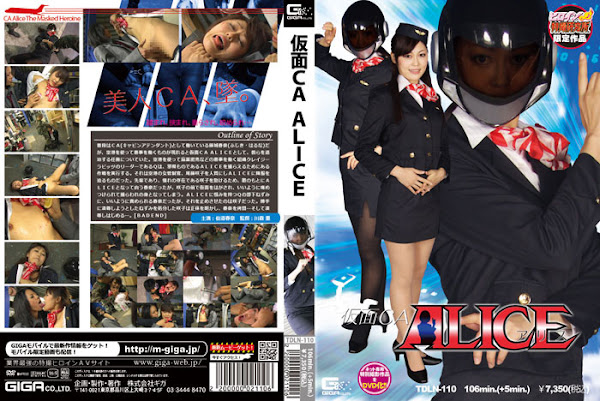 Haruna Fujiki， working usually as a cabin attendant， turns into a masked CA as Alice to nab wrong-doers at the airport. Q， the leader of Crazy Rabbits， a gang ring engaged in narcotics trafficking around the airport， is deploying every possible tactics to capture Alice the pest. They now take Sakiko Fujio， woman flight control officer， as a hostage just to lure out Alice to give in. Haruna sets out as Alice to the enemy hideout to rescue Sakiko， who is her senior and her icon. But， she gets her mask ripped off in front of Sakiko， beat up horribly and captured. Q’s underling Rat， holding grudge against Alice， molests Haruna at his pleasure， which Sakiko steps in to stop. Sakiko deals with Rat squarely for having tried to disgrace Haruna， but after telling her true identity， she starts molesting Haruna and raping her instead. [Bad ending]