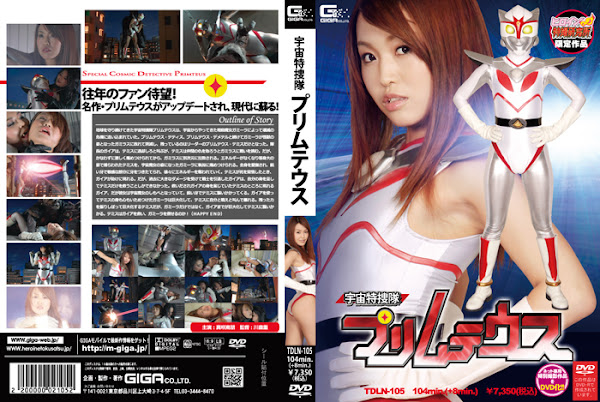 The Cosmic Special Squad Primtheus， engaged in the defense of the Earth， has almost been reduced to extinction by Assassinator Witch Gamilla from the outer space. Primtheus Thetis and Primtheus Demeter are now gone， defeated by Gamillas， the monster transformed from Gamilla， leaving only Primtheus Themis， the leader. Gaia， the Squad Chieftain， orders Themis to retreat， but Themis goes after Gamillas to revenge for her lost colleagues. Themis gets beaten seriously and taken away by Gamillas to a different dimension. With her energy drained and body shrunk to life size， Themis is put to persistent pains and molestation by Gamilla， now transformed into Cosmic Witch. Groped all over， her delicate parts gored by tusks， Themis is stripped of energy. When she is resigned to die， Gaia appears to save her. But， Gaia， now retired after severely damaged in the past， has her power left enough to save only Themis. Rescued but worried about Gaia， Themis seeks Gaia and finds Gaia enslaved by Cosmic Witch， who now turns to her with glaring tusks. Gamilla， who’s sent Gaia to hurt Themis’ mind and body， now transforms herself into a giant and challenges Themis， howling to fight with her. Themis wrings her last power to transform into a giant， but finds Gaia also Hulked out and turning to her to fight. Will Themis save Gaia and beat Gamilla!? [Happy ending]