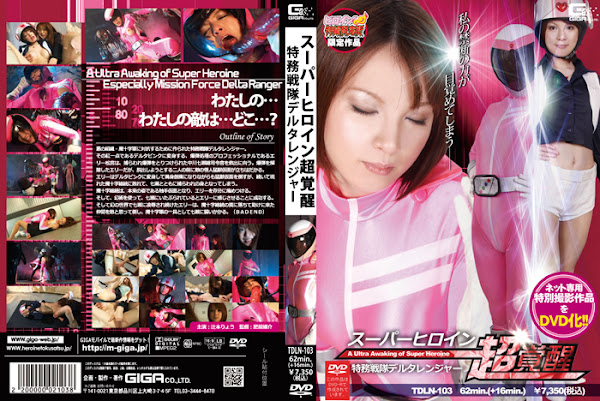 Special-Mission Delta Rangers have been organized specifically to challenge the Evil Crusaders. Ely Matsumiya， the only girly ranger who transforms into Delta Pink， is a professional bomb-defusing expert. She has set out to rescuing General Commander Nanase Nakagawa， captured and tied to a bomb. Ely succeeds in defusing the bomb， but a Masked Beast Phantom stands in their way of escape. Transformed into Delta Pink， Ely fights with all her might， hurt and bruised all over her body， and finaly beats down the Masked Beast. But， here comes the Generalissimo of Evil Crusaders who overpowers her and takes the two of them as prisoners. The Generalissimo turns himself into Masked Tentacles and starts beating down Ely. Using his magical power， the Masked Tentacles bewitches Ely to believe that Nanase is groping her. In her imagination， Ely keeps on being molested and screwed by Nanase. Deranged by the Generalissimo， Ely takes her peer Rangers， who have come to rescue her， as enemies and beats them down. Soon， as a member of the Evil Crusaders， she turns against Nanao. [Bad ending]