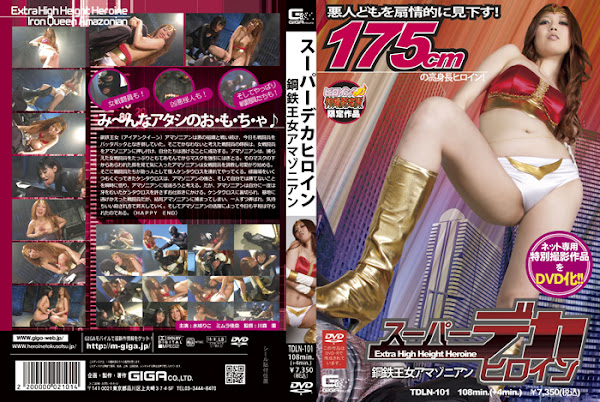 For Steel Princess Amazonian the battle against the evil organization goes on today and she beats up its combatants one after another like any other day. The terrified captain of the combatants gives up fighting and runs away from the battle with his men， leaving a female combatant behind. Amazonian slowly toys with the captured female combatant before ripping off the mask forcibly from her face， which Amazonian finds to her liking. She trains and disciplines the female combatant when other combatants break in with a humanoid monster named Centaur. Centaur， an experienced warrior who has fought many battles in life， confronts her， but he immediately knows there is no chance of winning this battle， so thinks of taking Amazonian’s side. However， Amazonian wouldn’t forgive anyone who confronts her， not even once， so she gives Centaur a punishment. After Centaur’s betrayal the combatants run away into the base， but all are eventually captured by Amazonian and they are toyed with one by one before getting killed by her， experiencing a great feeling of euphoria. Thank you Amazonian， once again you saved the day! 【HAPPY END】