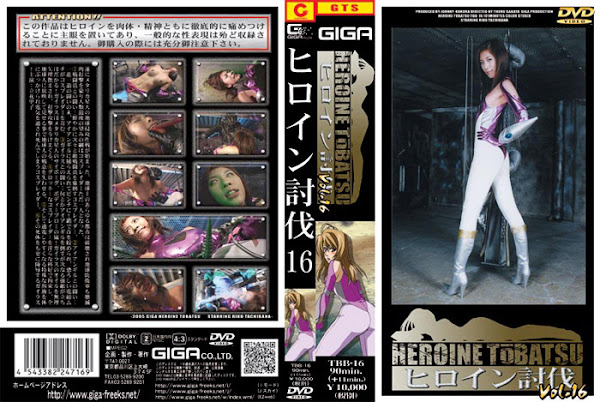 At last， invasion of the Earth by the Metallica aliens begins. Every city in the Earth is destroyed， the Earth defense forces suffer catastrophic damages and the only hope of survival for the rest of the human beings is Cosprayder. 1) Battles against combatants: Cosprayder brilliantly sweeps off the enemy combatants one after another. 2) Battles against Iron Gill: After seesaw battles， she gets caught by Iron Gill and put in a pinch. Cosprayder is strangled with a chain and gnawed by dreadful electromagnetic whipping. 3) Battles against Gailas: She has managed to defeat Iron Gill but there appears the next formidable enemy! Gailas is a cyborg of the Metallica aliens. Cosprayder is subjected to storms of body blows!! She then is forced to drink the oil of Gailas and receives sustained assaults. 4) Cosprayder， who has become groggy， is tied up in a lewd position， which is aired throughout the Earth in order for the earthlings to lose the will to fight. 5) She is thrown particular kind of liquid that helps conducting of electricity and ends up being galvanized to death. 6) Gailas even humiliates the dead body!!