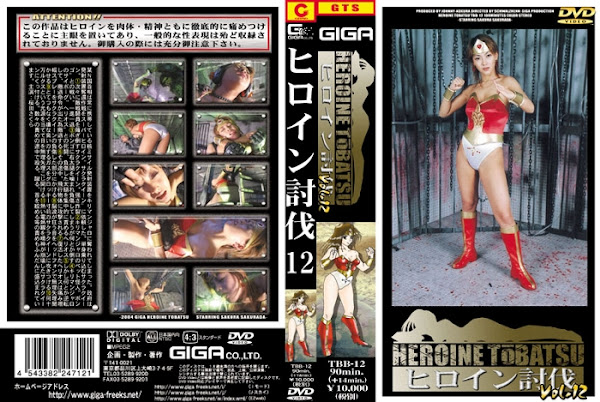 The launcher of nuclear missile which the Prime Minister of the country of N was always carrying with him were stolen by Kilimanjaro. The goverment asked Super Heroine ”Sakura Queen” to take back the launcher. Sakura Queen defeated one opponent after another. Her strength violated. She also fought against the pet of Kilimanjaro， Bongo. It was a seesaw match. She was bitten by Bongo in the right thigh， but mangaed to beat it. Then she fought against the cyborg of Kilimanjaro ”Herios，” who made concentrated attacks on the injured thigh. However she managed to reverse the situation and retreat because the retreating order was announced. On the way of retreating， she was attacked by a flying object. The revived Herios sprayed the pain amplifier on the injured thigh of Sakura Queen. She was also forced to hear the sound which warped the brain waves by headphone.The very stinking gas was blown on the face of Sakura Queen who was on the verge of groggy. The eyes were forced to be opened by exposing to the illuminant of tens of thousand lux. The hot heating wire was attached to Sakura Queen whose mind had broken. Various torment， such as striking， kicking and choking， are incorporated.