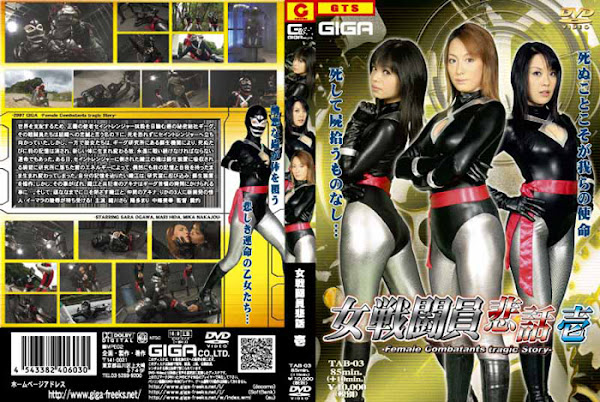 Geek is a secret organization that contemplates an elimination of Saint Ranger， an emissary for justice， in order to conquer the world. Their combatants bravely fight against Saint Ranger out of loyalty to the organization， even without fear of death. However， they are destined to keep fighting even after death， because they get new physical body at reviving agent of Geek Institution by an operation that completely erases their past memory. One day， during the reviving process of Kotoe， a lighting strikes the Institution just when her soul are set to reincarnate by a reviving machine， causing a malfunction that provides her the past memory and identity. Hoping to know more about her own past memories that have gone， Kotoe and Akina sneaks into the Institution to try the reviving machine. But， they are caught by the organization and receive torture punishment from Chief Geek... Three Rangers， Kotoe， Akina， and Rika， are going to suffer from sexual fondling by a new phantom Imara! Main cast: Sara Ogawa， Mari Hidamari， and Mika Nakajo