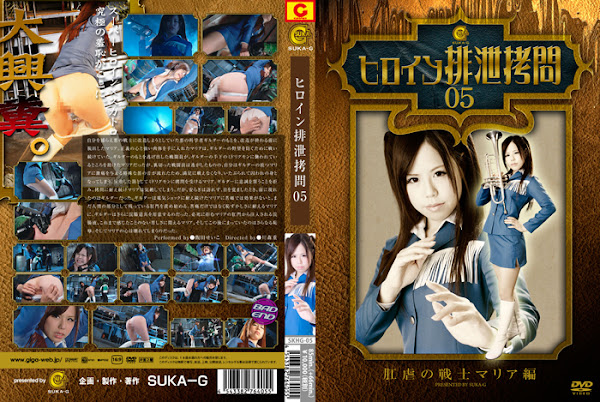 Maria escapes narrowly from the crooked scientist Guilder before he converts her into an evil warrior. Now equipped with a justice mind and a strong body， Maria starts fighting with Guilder to foil his vicious ambition. Maria rescues a fighter， who has fled from Guilder， from being assaulted by Guilder’s follower Midorogumon. She succeeds in letting the fighter to get away， but she is captured because the special whistle Guilder sends makes her incapable of fighting. Maria gets tortured by Midorigumon as a punishment for her defiance. Maria refuses to pledge loyalty to Guilder and gets tortured repeatedly， sending her unconscious. But， she is never left in peace. When awoken， she faces Guilder. Guilder， realizing that pains do not work on Maria， begins to molest her anal where her human sensitivity still remains. Guilder comes up with an enema to put shame on Maria as well as pain in the ass. The enema liquid is injected into Maria while she resists with all her might， feeling pains she has never felt before. And yet， further shameful destiny awaits Maria. Her mind is decaying until it is totally broken. [Bad ending]