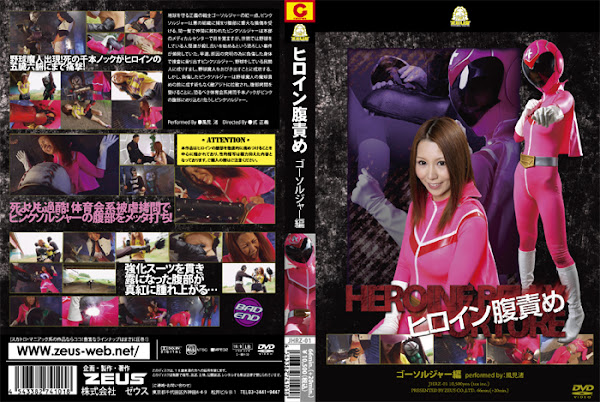 Pink Soldier is a fighter of justice， and the only female member of the ranger unit Go Soldier protecting the Earth. She is captured by an evil organization， however， and gets a severe wound in the stomach. She is saved in the nick of time by her partners and wakes up in the medical center at the headquarters. In the meanwhile， disturbing reports of horrible incidents are coming in， about ordinary people who suddenly start killing each other while playing baseball. Pink Soldier sets out to investigate these unusual cases despite her recent injury. She disguises herself as an average citizen and succeeds in luring Baseball Monster away. But Pink Soldier， still injured， is not ready for another fight yet， and she is defeated by the monster using his special move， Diabolical Pitch Torture. The captured heroine is sent to the enemy’s lair， where she is subjected to belly tortures. The athletic monster’s horrifying 1000-Fungo Baseball Drill Torture is about to begin， with a bat slamming into her belly! Pink Soldier is in big trouble! [BAD END]