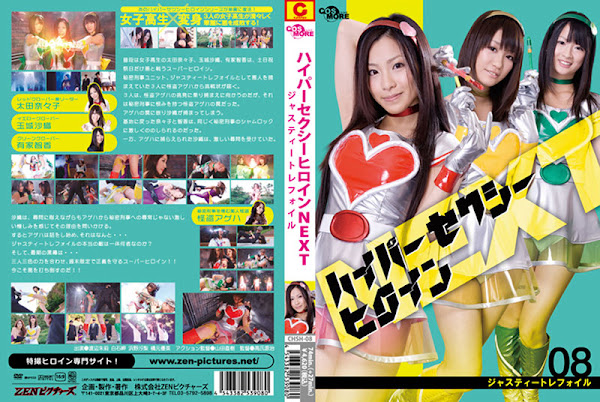 Meet Nanako Ota， Saori Tamaki and Chika Yuka， high school girls moonlighting during weekends and holidays as members of ‘Secret Detective Unit Justy Trefoil，’ a group of evil-fighting superheroines catching criminals. One day they receive a letter from Ageha， a mysterious thief announcing her next heist. The three girls respond to Ageha’s provocative message and set out to capture her on their own. However， this is a trap set by Ageha who has a grudge against Secret Detectives， and Saori is captured. Only Nanako and Chika return to their base and they are sharply reprimanded for their blunder by a fellow Secret Detective Shamrock. In the meanwhile， while Saori is held captive， she endures severe interrogations. Saori， sensing Ageha’s unusual hatred for Secret Detectives， asks her the reason. Ageha starts telling her story， which turns out.... Who is the real enemy of Justy Trefoil? Who is the mastermind behind every evil scheme?... It is time to join the forces of three girls， the weekends-only superheroines of justice!! And beat the evil now!!